Katja Legin (Ljubljana, 1985) graduated from Laban in 2007 and the same year started two year engagement as a dancer in EnKnapGroup (artistic director Iztok Kovač). She finished MA studies in theatre directing at Ljubljana’s Academy for radio, theatre, film and television and her thesis later turned into a book Dualities: Performer and his work (published by City Theatre Ljubljana, 2015). She is working as a freelancer for a decade and in this time she collaborated (as dancer or performer) with most of Slovene choreographers and some theatre directors. For four years (2012-2016) she led a laboratory No!training Lab, where several performers and authors explored different aspects of performing arts and in 2015 premiered with a show Variations on Slowness: TIME OUT which was part of several festivals. She also works as a dramaturge, regularly with theatre director Tomi Janežič, writes articles and for some years she curated improvisational cycle Neforma. In 2017 she received Ksenija Hribar award (special award from the jury) for her work in previous three years. She is still interested in the process of performer, still eager to explore improvisation as creation on the spot, but is also shifting her focus on creation itself- the craft and phenomenon of making work that can be meaningful for creators and spectators.

Vid Drašler is from Bistrica ob Sotli, where he played in a jazz-rock band Zmajev rep and in the Malik. With the Balžalorsky / Drašler trio he made a breakthrough in Slovenian jazz. With no less subtlety he plays in a chanson-oriented Orkestrada. One of his next peaks is the Drašler – Karlovčec – Drašler trio whose noisy improvisation is in no way less clear than his earlier more structured work.
Vid has collaborated in several theatre productions as well as with the Kombo Kombo – a jazz orchestra lead by Zlatko Kavčič, with whom he also studied for four years. He has been active as a pedagogue and co-author of music and art events in the town of Vrhnika, where he is also the curator of a weekly workshop focused primarily on non-idiomatic improvisation.He has collaborated with the following musicians: Zlatko Kaučič, Vitja Balžalorsky, Jošt Drašler, Marko Karlovčec, Andrej Boštjančič, Andrej Fon, Tomaž Grom, Cene Resnik, Kaja Draksler, Mario Rechtern, Linda Sharrock, Petr Zelenka, Samo Kutin, Tao G. Vrhovec Sambolec ...

Within the program of Sploh Institute he presented his work on several occasions: at the concerts of Confine aperto, Zvokotok, Sonce in sončice po vsem svetu, public presentations of RR, international tours, dance-music series of improvizations Neforma, on the festival and on compilation Sound Disobedience. With the recording of the solo concert he participates in the iMstrument project. He published an excellent solo debut with the title of Kramljanja, with trio Trojnik album My Ear Has Got Sharp Edges and Stir with trio Drašler/Karlovčec/Drašler.


Samo Kutin is an extremely active multi-instrumentalist, known for his use of unconventional and self-made musical instruments and sound-making objects. One of the traditional instruments in his repertoire is also the Hungarian medieval string instrument hurdy gurdy, which he can be often seen in playing at the events of experimental and improvised music. In the field of ​​free improvisation he is intensively devoted to finding, discovering and manipulating the various potentialities of the hurdy gurdy. The extreme acoustic dimensions, from gentle noise to noisy drones, from soft blows to unbearable whimpers, he reaches through the preparation and amplification of the musical instrument, using both contact microphones and acoustic resonators.
He performs as a soloist and in a variety of improvised combinations (among others, duo with Jean-Luc Guionnet, Lee Paterson, Boris Baltschun, Daichi Yoshikawo etc.) and ethnic ensembles at international festivals and various stages. He also creates music for fairy tales, animations, theatrel, puppet and dance performances and regularly runs workshops for children.

He has been a frequent and important contributor to realizing several Sploh Institute projects; he performed at concerts in the framework of Confine aperto, Zvokotok, Sonce in sončice po vsem svetu, RR and on international tours, at the Sound Disobedience festival and at the Neforma dance-music improvisation series. His solo concert recording is a part of the iMstrument collection. He is a band member of Samo Gromofon and the Šalter Ensemble. His solo CD, Plovilo, was released by Sploh, and the album, Kopaš, in duo with Jean-Luc Guionnet.

Tomaž Grom (Ljubljana, 1972), double bass player, author
He understands music as a medium of communication rather than aesthetic pleasure. He wants to find reasons for making music. Uncompromisingly he prods at social norms. Music for him is a form of seeking, unanswered questions, flow of ideas, unpredictable situations. Composition is improvisation. Improvisations offers him space to lose himself, to make mistakes, to come up with intriguing solutions. In music, challenges invite thinking and open up new possibilities. He misses a deep and complex analysis.

He has performed at festivals across Europe and North America, and has composed music for numerous theater, contemporary dance, puppet performances and movies.

He is the founder and artistic director of Zavod Sploh, an associaton devoted to the production of music and performing arts as well as to education and publishing in the field. He curates music festival Sound Disobedience. He also curated concert cycles Confine aperto (from 2005 until 2018), Zvokotok (from 2014 until 2018) and Neforma (from 2010 until 2014). He is the author of the performances Bruto, Ništrc, Forgotten, Overlooked, Soul, Noize, Valve and Wire, sound installation Skladba za harmoniko and a long term project iMstrument.

Ana Kravanja is a member of the successful music group Širom, where she plays on a multitude of traditional, classic and hand-made musical instruments.She creates original music for theatrical performances, films, animations, narratives, poetry, dance and visual arts. In 2013, she conceived the Glacies project in which musicians play on shelves from refrigerator. Between 2012 and 2016, in the duo Najou with Sam Kutin, she created music for fourteen calinbas and recorded two records. She is one tenth of Olfamoštvo. As an improviser on the violin, she collaborated with numerous Slovene and foreign musicians and dancers: Samo Kutin, Tomaž Grom, Irena Tomažin, Vid & Jošt Drašler, Andrej Fon, Ina Puntar, Tea Vidmar, Tijana Stankovic, Noid, Matija Schellander, Susanna Gartmayer, Aleksandar Škorić, Margarethe Maierhofer-Lischka, Henrik Olsson, Raphael Roginski, Ryuzo Fukuhara, Lotus Edde Khouri etc.

She has co-created several events within projects of the Sploh Institute, such as: in the context of the Confine aperto, Zvokotok and Neforma series, RR public presentation, Sound Disobedience festival and international tour. Her contributions can also be heard on the Sound Disobedience album, released in 2011 by Sploh in co-production with L'innomable. A recording of her solo concerts is a part of the iMstrument collection.

Since 2010 program is financially supported by Slovenian Ministry of Culture and Municipality of Ljubljana. 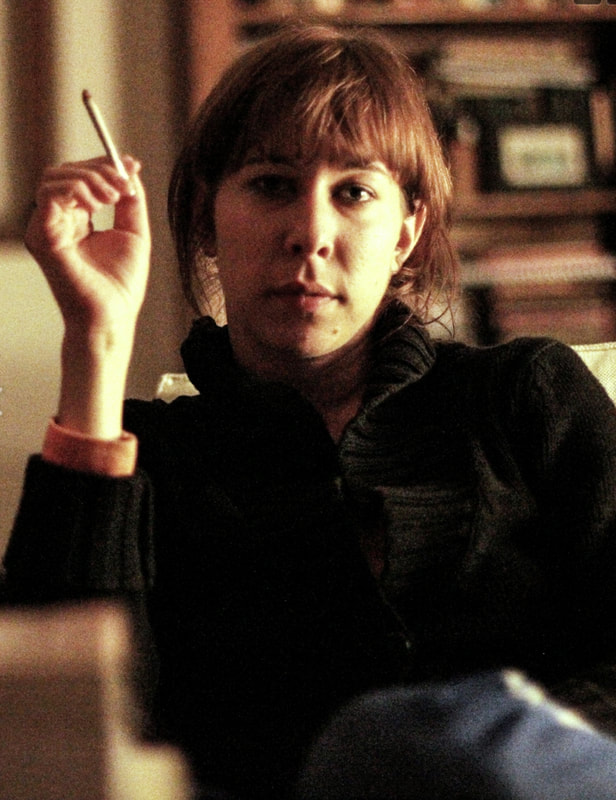 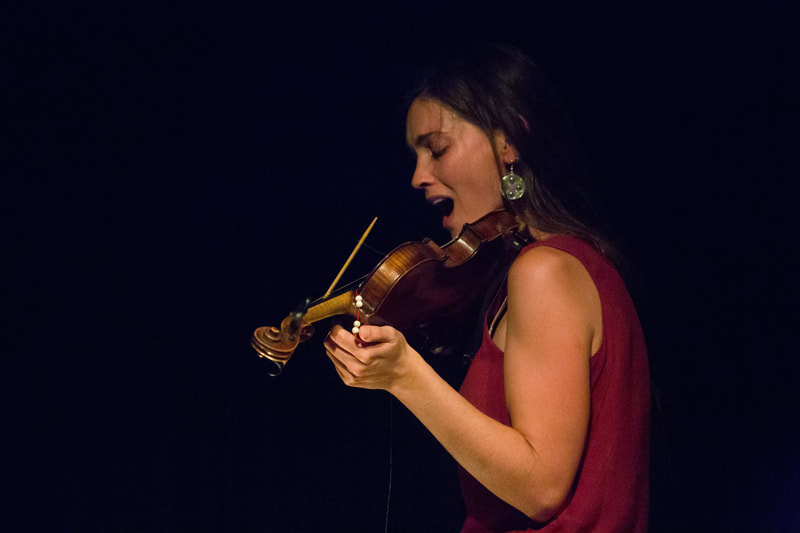 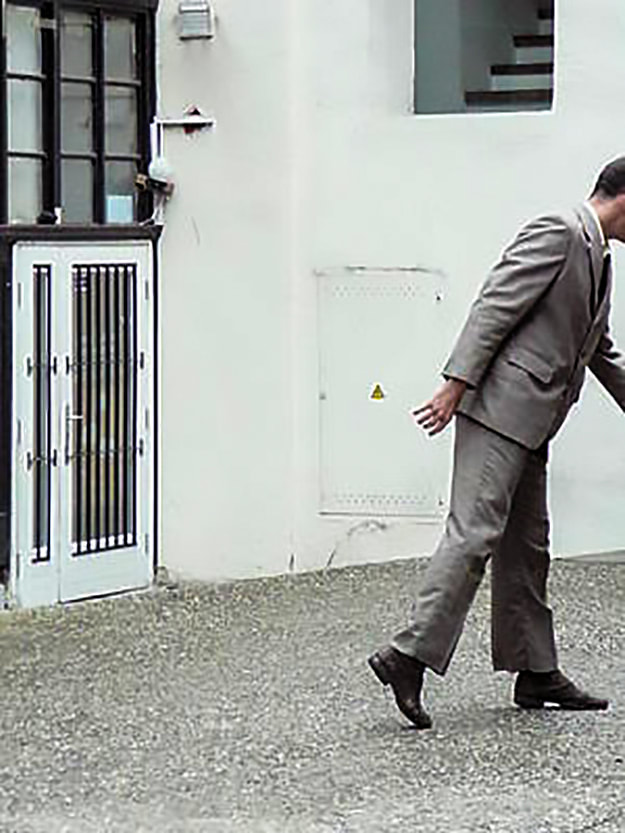 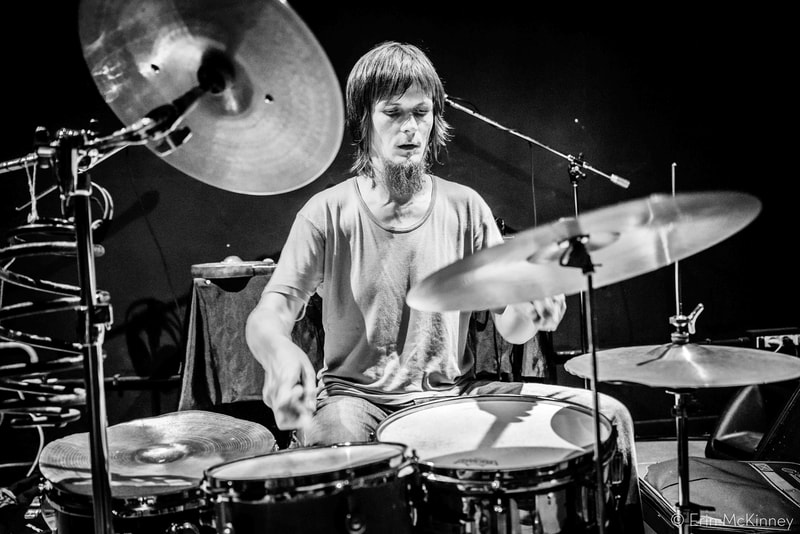 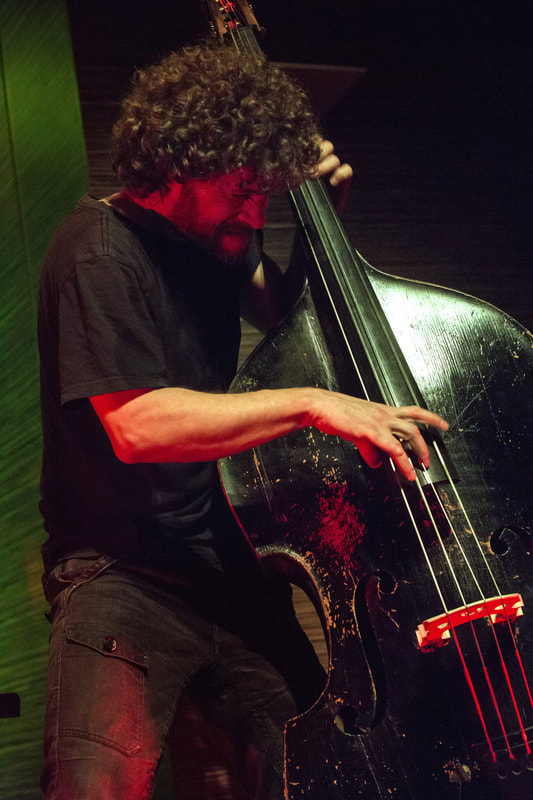 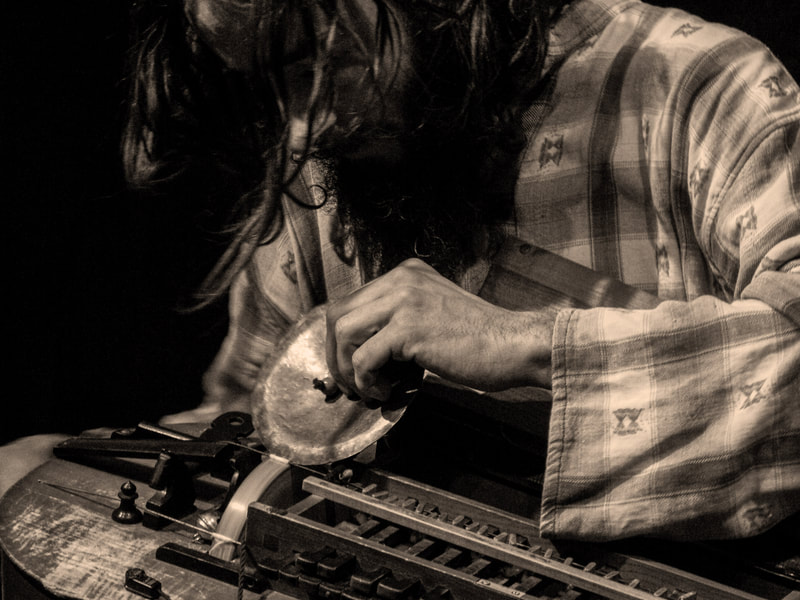